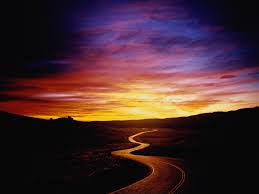 As a student bachelor the young man lived in a place with different religious institutions and had friends from diverse beliefs. With a natural curiosity, he was determined to closely understand the beliefs and appreciate their meaning.

He first met a group of friends who called themselves messengers of God. The idea appeared very natural to the young boy. He thought it is very prudent to be a true messenger of God who had put him on this earth. He lived the idea and ideal through his thoughts and deeds, and his heart was filled with joy, purpose and vigor. He was a very happy man.

As time passed and he spent more time being a messenger of God, his proximity to God increased significantly. With proximity, he soon became part of the family – as the Son of the God. The relationship transformed to that of pure love that naturally exists between Son and Father. He was living a life of pure love and happiness.

As time passed further, the Son studied and observed the Father from very close quarters with pure love. He realized that in essence there was no difference between him and his Father. The difference that he perceived so far was only in physical aspect. He became one with his Father. There was no longer a duality in his mind. He experienced a state of bliss.

As the differences crumbled in a state of oneness, he gained a new perspective and respect for the three paths that helped to get to his current state. He noticed that the time he spent as a true messenger of God infact helped him get closer to the God and to become his Son, and the time he spent as Son helped him understand his Father much better and realize the oneness with him. With this renewed respect, he was a blissful soul.

Later in life, as he studied different scriptures, he understood that these natural paths were identified with different names by different groups based on their cultural and linguistic origins.

India, the motherland of many living cultures and religions, has in fact seen many such schools blossom in this land over the millennia. There were dvaita(dualism), visista-advaita (qualified non-dualism) and advaita(non-dualism/oneness).

In the bhakti movement, there were different bhavas(the feelings with which self associated with God) that of a servant, lover, friend and even as a parent to Father, the God.

There were also quite a few noble and divine souls who existed around the world and over the centuries, who transformed generations of beings towards this simple path adopting to the specific needs, circumstances and cultures.